You are here: Home1 / Cities

The Urban Structure Comparison page is an app built in R Shiny that allows for the comparison of any pair of cities included in the sample (see full list below).

For each city, the app outputs four elements: 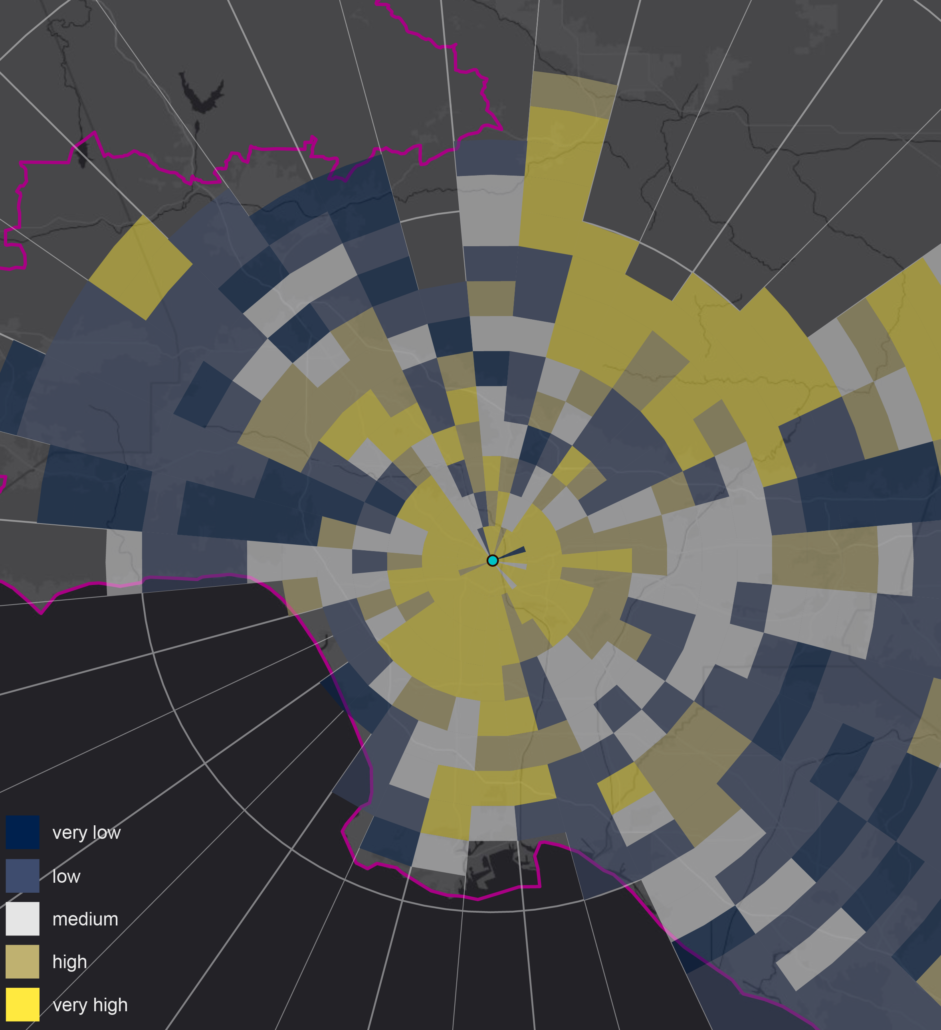 The application has three options for displaying the polar income diagrams. Q1 highlights the distribution of households under the first quintile of income. The ‘very low’ category is for sectors where less than 10% of the population is under the first quintile. The ‘low’ category is where between 10 and 15% of the population is below that threshold, ‘medium’ is between 15 and 25%, and the high categories mirror the low. The Q4 option is the same as  Q1 but for people above the top quintile of the income distribution. Finally, the Median option shows the median income of the sector relative to the regional median. 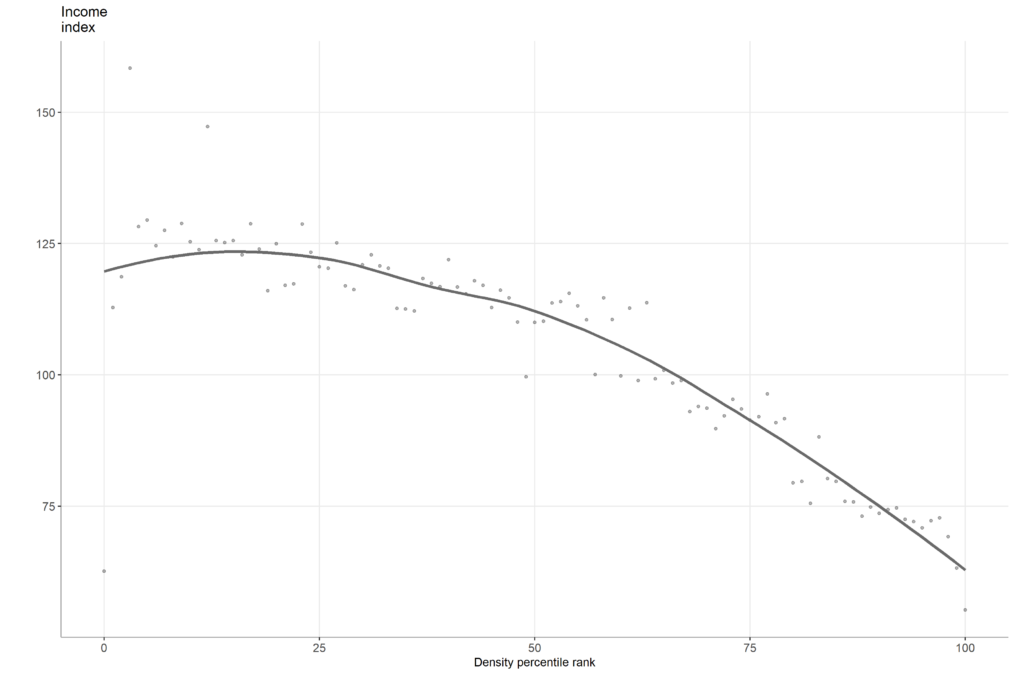 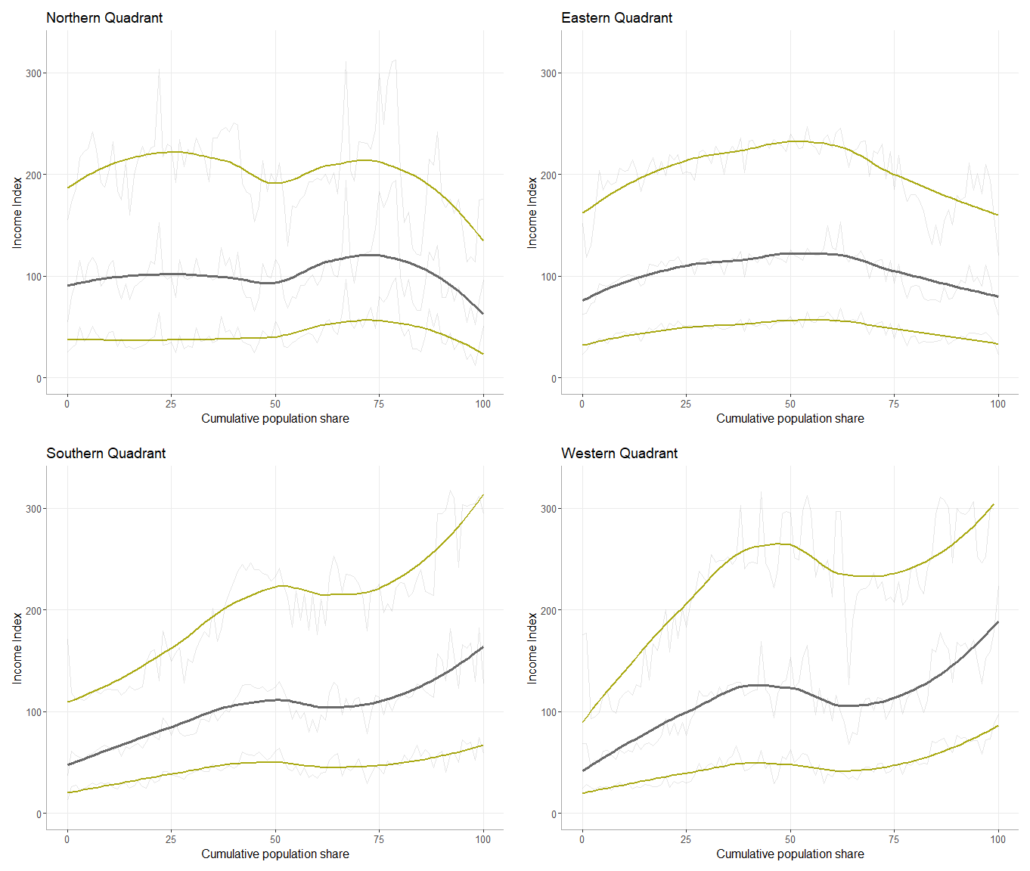